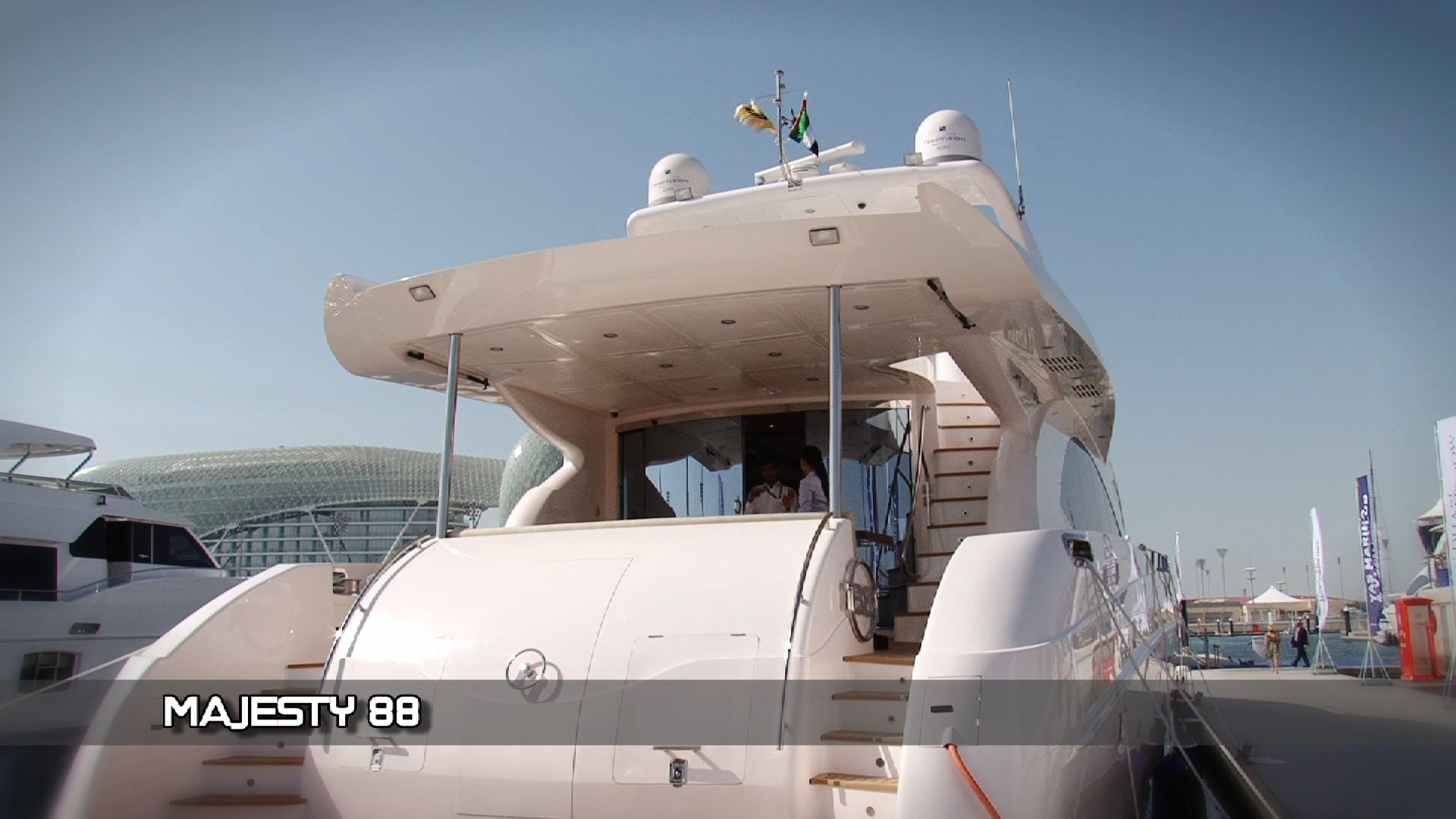 Launched in 2006, the Majesty 88 has remained one of Gulf Craft’s most popular yachts, and represents the company’s position as one of the leading players in the semi-custom yacht manufacturing segment. While the craft maintains its superb sea-handling capabilities, luxurious interior and wealth of features including a Jacuzzi on the flybridge, further advances have been made to the entertainment package to keep apace of the fast moving developments in audio and visual technology.

Showcasing its versatility and determination to remain at the cutting-edge of marine technology, Gulf Craft’s Majesty 88 is now also available with a water-jet propulsion system. Recently installed by Gulf Craft for the first time on any leisure yacht of this size built in the in Middle East and South Asia, the Rolls Royce KAMEWA water jets are driven by two powerful CAT 32 engines that literally ‘push’ the craft swiftly through the water. Rigorous tests have also proven that the yacht is more fuel-efficient than traditional propeller driven models.